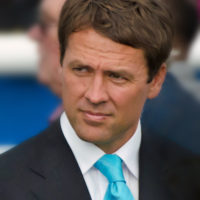 Michael is a former footballer who played as a striker for Liverpool, Real Madrid, Newcastle United, Manchester United and Stoke City. He is known as a prolific goalscorer for both club and country picking up 89 senior appearances with the England national team and winning the Ballon d’Or in 2001. Now working as a BT Sports pundit.