MICHAEL OWEN’S GUIDE TO THE £1,000,000 MILLIONAIRE FREEPLAY6. LAST week, we touched upon the importance of factoring in team news when finalising your Free –To-Play Millionaire Pick 6 perms on the FA Cup matches , and it could be a similar story this weekend, too.

A full midweek Premier League fixture list means a quick turnaround of less than three days for a few sides, and the inevitable knocks and niggles picked up by players, but at least we know the managers will put out their best available XIs.

Quite what Chelsea’s best side is these days is open to some debate – for example, who at the start of the season would have thought that Matic would be fighting for his place in the starting line-up with Mikel? – and it is now obvious that you can’t assume that their home games are a guaranteed three points any more.

Even factoring in their recent improvement – they are unbeaten in their last six games – to think that they have only won four of their league games at the Bridge is pretty staggering. And a 2-2 home draw against West Brom on Wednesday night isn’t really good enough.

Of course, Saturday’s opponents Everton generally haven’t covered themselves in glory against the better sides in the league this season – if you can still call Chelsea that, and Everton did win the reverse fixture 3-1 in September – and are conceding too many goals.

But they score more than their fair share, beat Man City 2-1 in the Capital One Cup recently – and drew with them 0-0 away on Wednesday night – and have a good away record in the league with only one defeat in 10 games.

Everton have drawn six of those 10 away games, and that is what I am going for here in the shape of Any Other Draw (AOD).

Four straight, recent 1-0 losses, albeit one of those in the FA Cup, mean that Newcastle are still firmly in the relegation mire, but there are definite signs of improvement from earlier in the season, and their late equaliser against Man Utd on Tuesday night must have been a confidence-booster.

And transfer window-signings like Jonjo Shelvey should add much-needed depth to the squad.

But in West Ham they are meeting a side back in form with a vengeance. They are unbeaten in their last nine matches, have Payet back from injury and did tremendously well to come from a goal down to win 3-1 at Bournemouth on Tuesday night.

I can see the argument for West Ham here, particularly as they are fifth in the table (compared to Newcastle’s 18th) and have a good away record – they also beat Newcastle 2-0 earlier in the season, too – but I’ll go 1-1.

Aston Villa will have been mightily relieved to secure their first home win of the season when beating Crystal Palace 1-0 on Tuesday night, but you sense that it is just delaying the inevitable – i.e. relegation – and I think it could be normal losing service resumed when Leicester visit at the weekend. 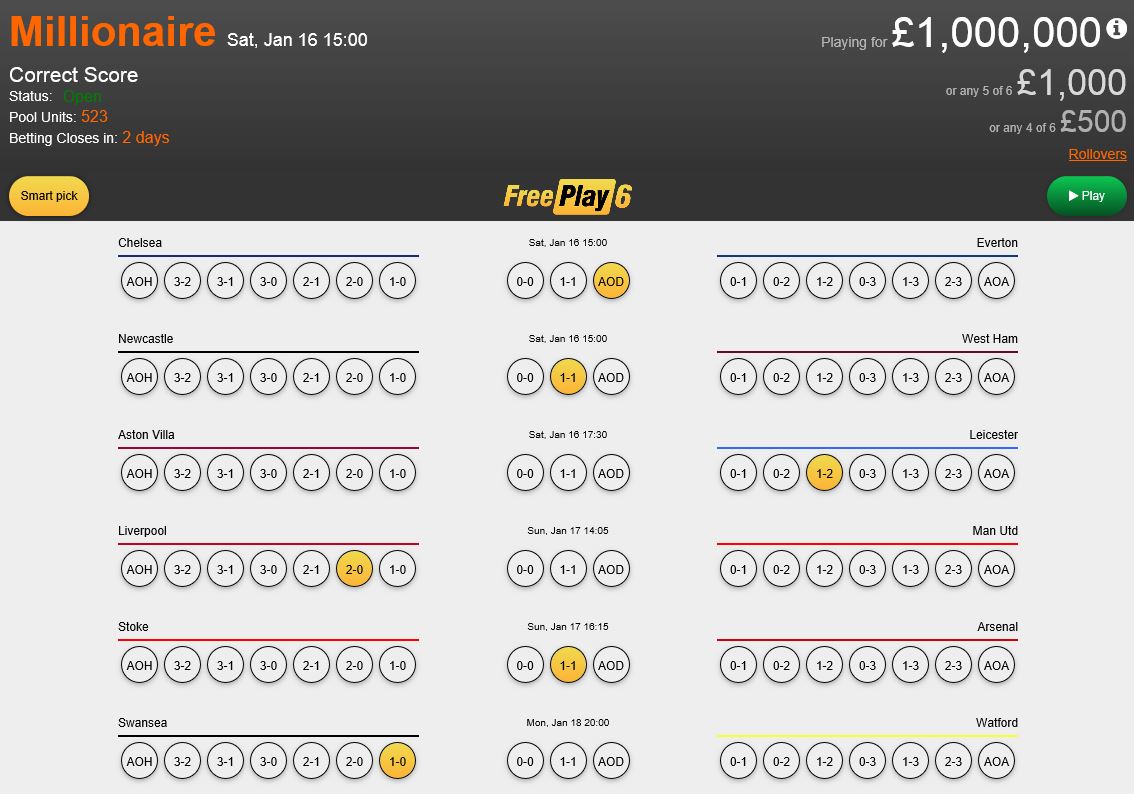 This is certainly an easier assignment for the Foxes than Tottenham away on Wednesday night – and they won that 1-0! – and I can see them nicking this by the odd goal, too, just as they did when winning the reverse fixture 3-2 in September. I go 2-1 Leicester, and I suppose we now have to take them seriously for the title once again.

Man Utd finally found their scoring boots in a 3-3 draw at Newcastle on Monday night but I think it is far too soon to be getting carried away by their goal-scoring prowess, and they could be in for another shut-out at Anfield on Sunday afternoon.

It could well be that the shackles have come off United’s play at last but I am not convinced, and I think Liverpool could see them off 2-0.

Okay, Liverpool are a hardly a free-scoring side themselves, and were beaten 3-1 at Old Trafford in the autumn, but I feel this is a good time to be playing United, who continue to look vulnerable. Home advantage could be crucial.

Liverpool drew 3-3 at home against Arsenal on Wednesday night, courtesy of an injury-time equaliser, so perhaps they are finding their stride in front of goal, too.

Stoke have surprisingly lost four times at home this season, and lost 2-0 at the Emirates earlier in the season.

So the league leaders may have to settle for a point here, and I go 1-1.

Watford have been one of the success stories of the season but I think they could be in for a disappointing Monday night, as I think they may lose 1-0 at Swansea. Apparently, they played poorly in a 2-0 loss at Southampton on Wednesday night.

That may surprise given Swansea are fresh from being dumped out the Cup 3-2 by Oxford, and are 17th in the table having won only three of their home games, and were thumped 4-2 at home to Sunderland on Wednesday after having a man sent off in the first half.

But, despite that bad loss, I fancy this will be a low-scoring affair – Watford scored the only goal in the reverse fixture in September – with the home side nicking it 1-0. And they desperately need a win, that’s for sure.