Have you been part of a TwoPoundPunt Syndicate yet? If not, remember the name! He’s on a roll…

The pool was comprised of La Liga fixtures and began on Sunday evening with Osasuna v Leganes. Bottom-of-the-table Osasuna got themselves a vital 2-1 win against seventeenth placed Leganes and the Syndicate was through to the next leg.

The Syndicate had most of their eggs in one basket here, having banked on a Las Palmas win with four different winning scorelines for Los Amarillos. An 83rd minute penalty from PSG loanee Jese made it 4-0 for the home side (Betis would go on to grab a late consolation), confirming a valuable AOH win for the Syndicate. On to the final leg…

They were again relying on a home win, and again had four scores selected. It was a dream start to the game for the Syndicate as Real Sociedad went 2-0 up inside the first half-hour. Sociedad scored again with thirteen minutes left to play before a very late goal for Gijon and the game ended 3-1.

Sporting Gijon’s goal was great news for the Syndicate, as it eliminated a further 2.3 units and had a positive affect on the final dividend for winners.

If that wasn’t enough…

TwoPoundPunt’s Syndicate ticket in our Over/Under Pick 20 pool shared some of the 18/20 Consolation prize which returned them a total of £1,091 from a ticket costing £256. 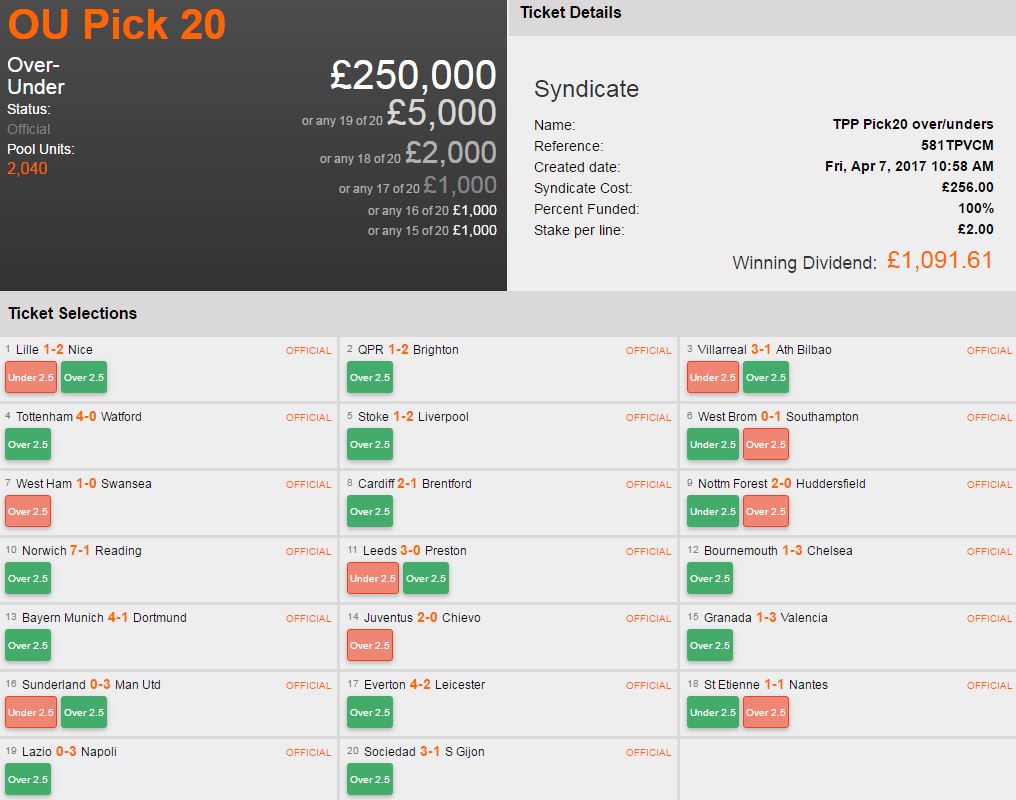 Create/Join Your Own Syndicate