The Giants are struggling offensively right now and the Eagles defensive line has no problem generating pressure. I think this will be a very close game with either side winning by a field goal.

Both teams are having a poor start currently standing 0-2. Colts are missing confidence at QB with Andrew Luck still out and it looks as though Jacoby Brissett will stand-in. The Browns ended their 2016 season as the third worse offensive line and this new season isn’t looking much better for them. That said, Colts could find their feet in this game.

Siemian was on top form in his games against Chargers and Cowboys but he will no doubt face a challenge from the Bills pass rush. The Broncos defense is looking strong too and I’m fairly sure they’ll be able to stop LeSean McCoy from causing too much damage. 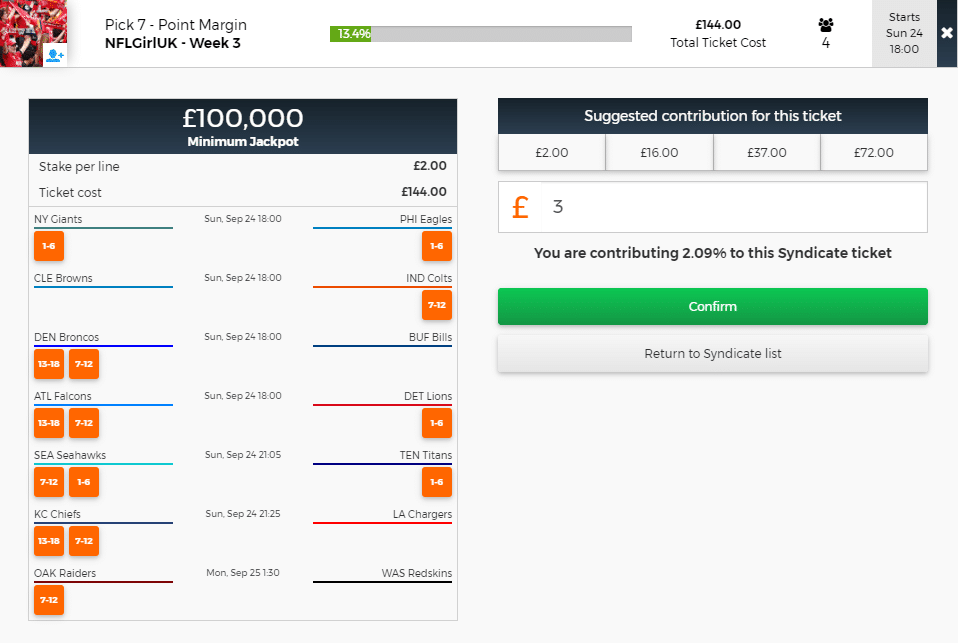 Both teams are having a great start to their seasons currently standing 2-0. There was a lot of talk about Falcons likely suffering a super bowl hangover but this hasn’t at all been the case for the team.

The Chiefs are looking incredible and are feeling confident, but I don’t think this will be a walkover for them. I suspect the Chargers will put up a challenge and make the game competitive.

The Raiders are fascinating to watch right now and it’s said they’re bringing back the “Old Raider style football back into play”, and despite the Redskins success against Rams last week, they know this game won’t be easy. The Raiders offense having great attacking form and this will be a chance for the Washington defense to prove themselves.