Get a World Cup player on your head!

Get a World Cup player on your head!

Get a World Cup player on your head! A Texan barber named Rob Ferrel, known for his hair portraits, has ran with the World Cup mania that has swept the USA and offered haircuts in the theme of World Cup players. He begins by carefully shaving the key facial features into the back of the head, then adds shading and a bit of colour to finish. Here are three remarkable haircuts that he has carved out in recent weeks… 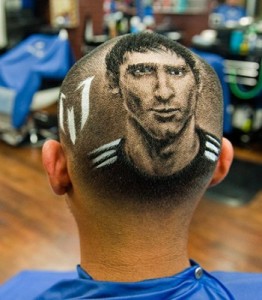 No surprises here, as someone has opted for a portrait of the aeguably proclaimed ‘greatest ever’ to parade on the back of his bonce. 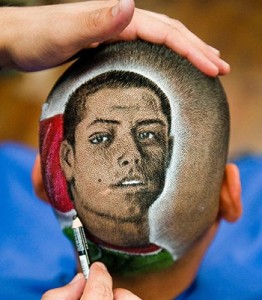 With Texas bordering Mexico, I think it is safe to say that this guy has gone for his fellow countryman, the goal poaching ‘Chicharito’. 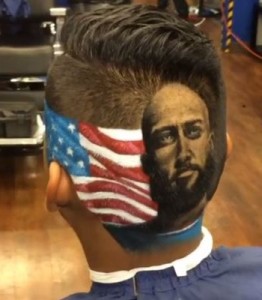 The American shot stopper has reached iconic status in the United States this tournament with some outstanding performances. This patriotic design is complete with the star-spangled banner – plus of course Tim’s robust beard.