It’s fair to say this week’s Correct Score Pick 4 Rollover threw up a few curveballs. You can get an idea of how unforgiving the fixtures were when you see there were zero winning units in the pool. But, for there to be only 2.25 winning units in the 3/4 Consolation paints an even stronger picture.

Unforgiving for the punters

It wasn’t so much that Man City conceded two goals to Bristol City, it was more that they didn’t manage to score a fourth for ‘Other Away’ (click here to find out more on our ‘Other …’ selections) which would have been hugely backed.

At half time on Wednesday night, Chelsea and Arsenal were drawing 1-1 whilst Lyon were winning 2-1 away at Monaco. At this stage, just one more goal in the Arsenal v Chelsea game was going to kill the pool. Arsenal’s winner from the unlikely Xhaka killed the pool. Over in France the game ended 3-2 which did significant damage to the winning units in the 3/4 Consolation as shown below. 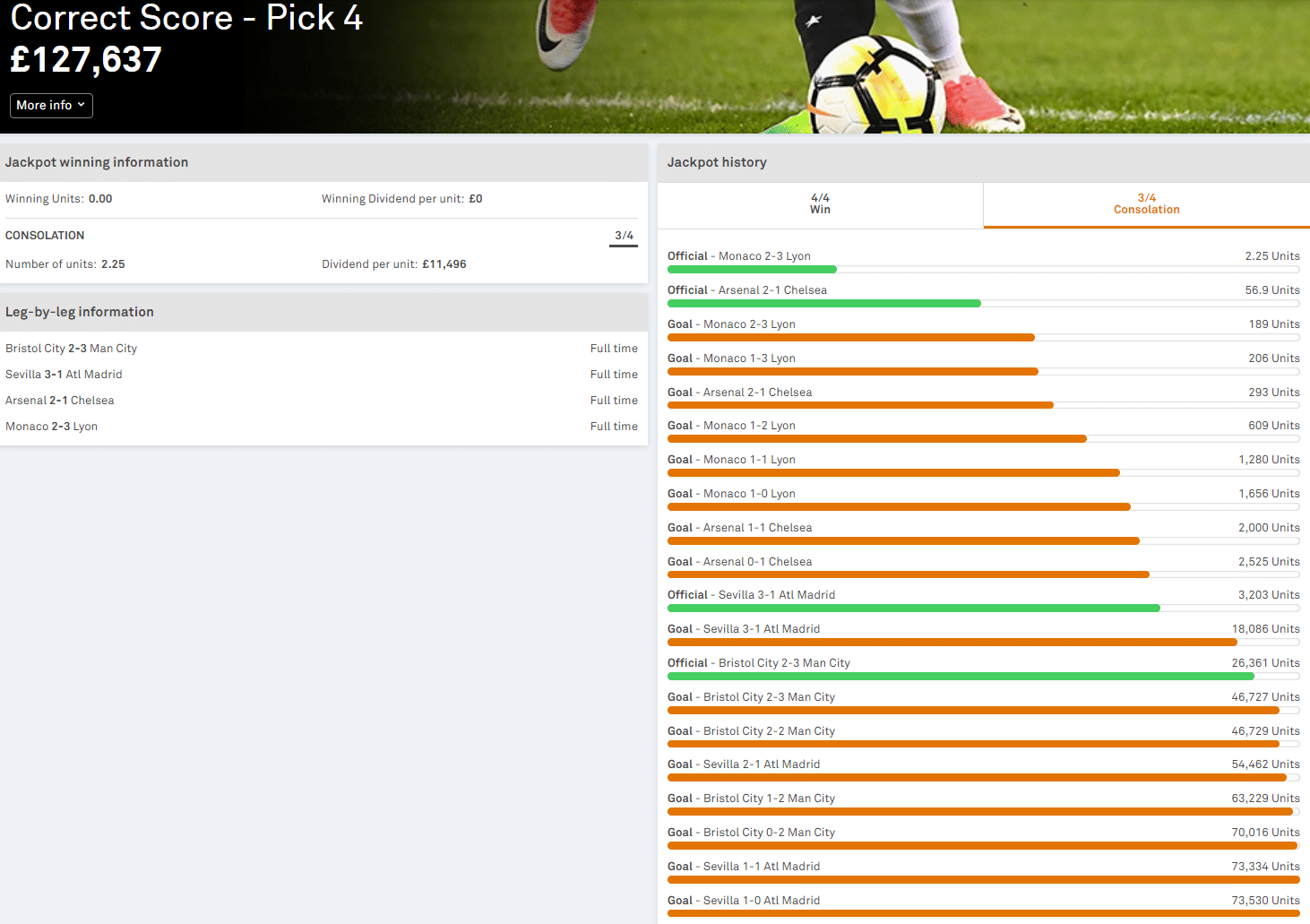 The best of the bunch from the Consolation winners

We love a small stakes ticket that wins big here at Colossus. One punter placed a 40p ticket comprised of two lines in the moments before the pool kicked off which scooped a part of the 3/4 prize.

Refusing any Cash Out offers, they went on to win a massive £1,149! The only result to let them down was the Bristol City v Man City game in which they had selected ‘Other Away’. So unlucky!

So try not to take our Consolation prizes for granted as they can also result in HUGE wins!

A punter took home an astounding £282,000 in last week’s Pick 6 pool when they hit the Jackpot! Catch up on that story here.