As part of a new look line up for the second year of Conscious Colossus, we’re delighted to announce our newest charity Clime-it Brothers. So who are they and what do they do?

Clime-it Brothers are a social enterprise located in the famous Camden Market, who aim to provide opportunities for local, young people. The founder, Mubarak Mohamud, more commonly known as 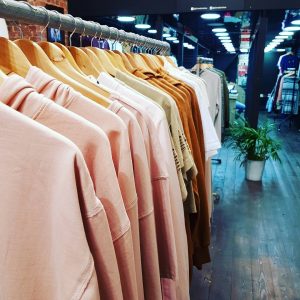 Mo, started the venture to create jobs and educate youngsters from challenging backgrounds, who may have been involved in gangs or drug-dealing, with the ultimate goal of reintegrating them into society.

The journey that Mo hopes to inspire his students to take is one that he undertook himself, having grown up on a Camden estate and become a drug-dealer in his teenage years. However, he received a tragic wake-up call when one of his closest friends was killed in a gang fight. It inspired Mo to seek a different path through education.

Mo initially took a course in travel and tourism before subsequently earning a degree in theatre studies from the University of East London. It was at this point that Mo had the idea of creating an environmentally-friendly clothing company which could help local youths escape the life that he had. Clime-it Brothers was born.

What do Clime-it Brothers do?

Shoppers in the Camden Market will recognise Clime-it Brothers as a streetwear retailer whose products are created using environmentally friendly clothing and processes. So you can buy clothes from 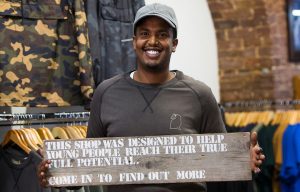 them knowing that, as well as looking good, you are helping the environment. However, in addition to the environmental benefits, much of the fantastic work that they do happens behind the scenes.

Using his experiences growing up in addition to his performing arts background, Mo runs the Clime-it Brothers Academy which educates young people and is funded with proceeds from the shop. The academy delivers its students a creative outlet from which they can forge their own path of personal progression and development, just as Mo once did, through writing workshops, theatre and much more. Students who do well in the academy can even go on to be employed by Clime-it Brothers, what better motivation to work hard and succeed?

The Academy gives its students the means to develop their own ideas and breed leadership qualities which they can use to forge their own careers. Mo’s philosophy is that, if you give young people responsibility, they’ll step up to the plate and use it to create something meaningful.

Each group who enter the academy embark on a four month course and consists of no more than ten students at a time, meaning that their individual engagement, interactions and feedback isn’t diluted by large class sizes. The students receive a start up fund which they can use to design something which they are then tasked with selling.

Our commitment to the Clime-it Brothers Academy isn’t purely financial, we have pledged to host a monthly workshop for the Clime-it Brothers students where different Colossus staff members will give talks and advice on their different areas of expertise, whether it comes from marketing, finance, design or any other conceivable area.

Why has Conscious Colossus decided to support them?

When Clime-it Brothers founder and director, Mo, decided to leave his life as a drug dealer behind him, he did not just settle 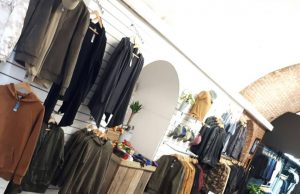 for an inspiring personal turnaround, he reached for reinventing himself as a true, lasting force for change in his community.

Starting out as a small concession in Camden Market, Mo’s environmentally-conscious, streetwear fashion venture has been providing training and employment opportunities to dozens of local young people, acting as a much-needed antidote to gang culture.

The journey of Mo and Clime-it Brothers exemplifies the most basic ingredient of the Colossus philosophy – that you can turn something small into something really big.

What is Conscious Colossus?

Conscious Colossus is a charitable initiative designed to target several areas of responsibility and covering a wide range of causes. Our nominated charities are Alive and Kicking, Clime-it Brothers and YGAM. Conscious Colossus commits to support these charities through funding, team volunteer days, fundraisers as well as raising awareness of their objectives through our own channels.