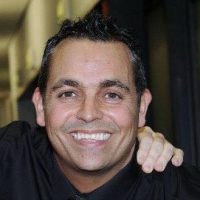 Five-times award-winning journalist Phil Lanning has worked for The Sun newspaper for 26 years and has a long list of top sports clients as publicist and PR consultant.
Known as ‘Lanno’, he is the youngest son of legendary darts commentator Dave Lanning who first put darts on television in the early 70s on ITV.
Lanning, still a darts columnist for The Sun, has worked with over 10 World Champions at LannoMedia over a 30-year period and now also owns and is editor of new Oche! Magazine.
His son Taylor is also a well-known photographer within darts at the age of 18.