The Millionaire for this week contains all Premier League sides. Starting with a relegation six pointer and including the EFL cup final, it’s an exciting pool. The jackpot this week is £2,341,725.

Here we’ll have a look at the matches.

A relegation six pointer gets the Millionaire underway. Palace have failed to show improvement since the appointment of Sam Allardyce. They have lost eight of their last nine home Premier League games and failed to score in five of the last seven. The Eagles need to find a way to start picking points up.

Middlesbrough sit two points above the drop zone with only four league wins. Boro are without a win from their last eleven league away games and have failed to score in their last two away. It’s clear that Boro need to start scoring if they are to survive.

Neither team can pick up a win lately and neither will want to lose this.

West Brom are sitting pretty in 8th place after an impressive season. The Baggies can start planning for next season, with a comfortable finish all but guaranteed. Six wins from their last seven Premier League home games shows Pulis’ men are still going strong. Although, they will not want their standards to slip.

Bournemouth’s poor form has them slipping closer to the dreaded drop zone. The Cherries have lost five of their last six away league games and conceded at least three in all five. Goals are not this issue for Eddie Howe, it’s keeping them out. Howe will be nervously looking over his shoulder and needs his players to pull a result out.

West Brom are good at home, I’m backing them to increase Bournemouth’s worries.

A few weeks ago, Hull looked doomed to be returning to the Championship after one season. But Marco Silva has come in and brought hope to Humberside. The Tigers now sit 18th and one point from safety, despite selling Snodgrass in January. But the job is not done, as they still sit in the relegation zone and questions persist about their goal return.

The contrasting Burnley form is remarkable. The Clarets have the fourth best home record in the Premier League, but the worst away record in the league. Sean Dyche has managed only one league point on the road all season. Burnley will be reeling from their home defeat to Lincoln City last weekend and want to rectify this with their first away win of the season.

Burnley are awful away from home and will add fuel to the Hull fire of hope. 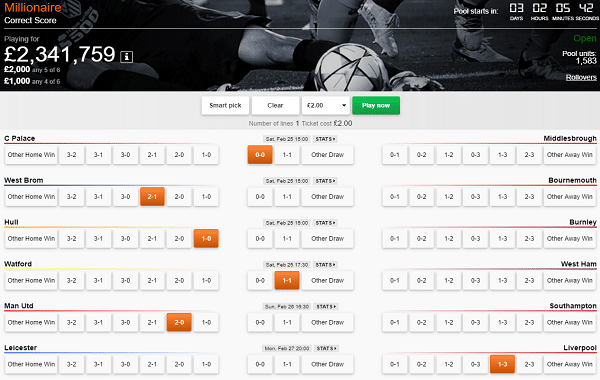 Watford have had a comfortable season, sitting around the mid table area for most of it. They head into this with minimal risk of relegation, but will have to guard against complacency. Although the Hornets have only five Premier League wins at Vicarage Road this season.

After selling last season’s star man Dimitri Payet, West Ham have been a more cohesive unit. A run in the starting team for Andy Carroll has helped the Hammers found a goal scoring outlet. Bilic has survived calls for his dismissal to now have one defeat from his last five league away games.

This game lacks any spark and could fall prey to the dreaded end of season mindset.

Sunday brings the opportunity to win the first domestic cup in English football. This is United’s second visit to Wembley this season, having already beaten Leicester in the Community Shield. United will be wanting superstars Pogba and Ibrahimovic to deliver another trophy to Old Trafford.

Sitting eleventh in the Premier League and out of the Europa League, this has been a key focus for the Saints’ season. Claude Puel will be seeking to make his mark on English football by claiming this trophy. The Saints’ have had a prolonged period of rest going into this, with their last match being two weeks ago. Whereas their opponents will be recovering their match on Wednesday in the Europa League.

Mourinho is a specialist in winning cup finals and he’ll add another to his cabinet here.

Leicester are well and truly involved in the Premier League relegation fight now. Without a league goal in 2017 and five back to back losses, they sit bottom of the form table. The King Power Stadium used to be a fortress for the Foxes, yet they have conceded at least two goals in five of their last six league home matches. After sensationally sacking Ranieri on Thursday night, Leicester players must start performing now.

In a similar, but less catastrophic way, Liverpool have also experienced a torrid 2017. Klopp’s men have won only two games since the turn of the year. The loss of Sadio Mane to the African Cup of Nations was a significant cause of this. They now have him back and head into this following a superb 2-0 victory of Tottenham.

This will be an exciting game with goals at both ends.

Have you read about Colossus Syndicates? READ HERE

New to Colossus? Learn how to play! LEARN HERE