Our midweek Pick 15 kicked off on Tuesday night with Liverpool vs PSG which turned out to be a thriller as last season’s runners-up managed to squeeze out a 3-2 victory against the French champions. Going into the final leg on Thursday – Ludogrets vs Leverkusen – there were still 3.71 remaining units, with a win for either side assuring that the pool would be won in full. 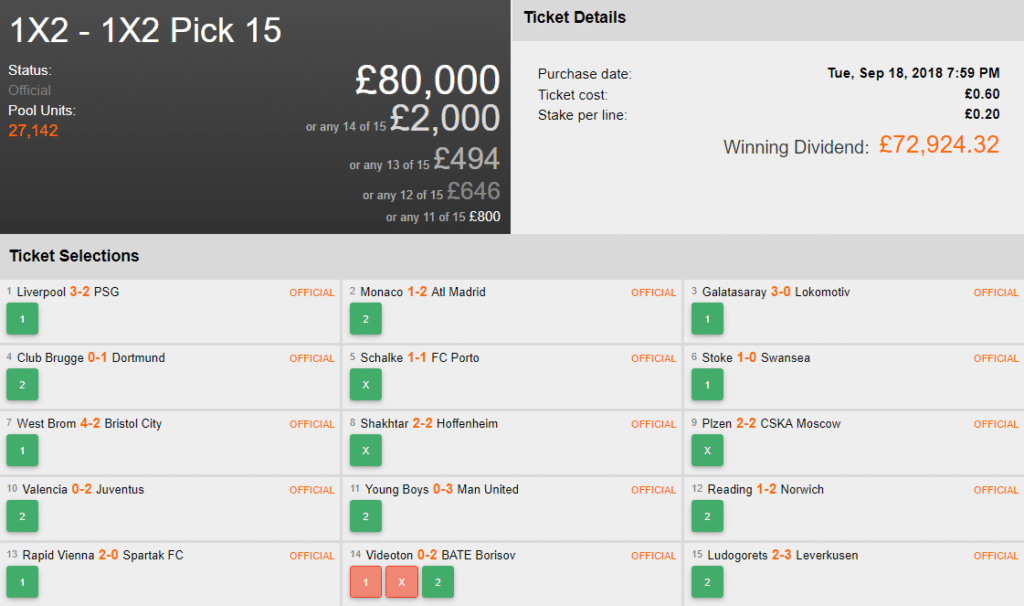 This is what we love to see here at Colossus. Small stakes tickets winning huge money. The punter’s 60p ticket involved single selections in all but one leg, making the feat even more remarkable.

A late Shakthar equaliser at home to Hoffenheim kept their ticket alive on Wednesday and they will have been chuffed to see 10-man Juventus (no thanks to Ronaldo) overcome Valencia later that evening. They then slept on an offer of £8,773, having not made any Cash Outs so far. 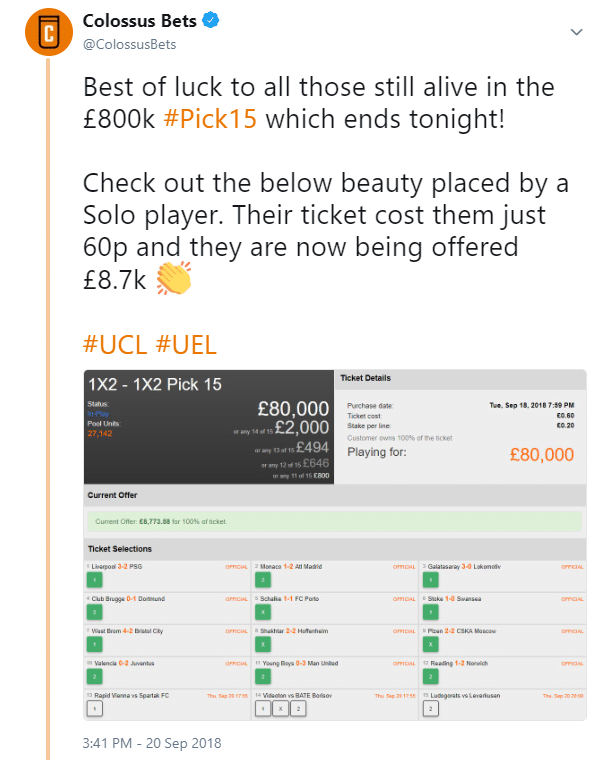 Legs thirteen and fourteen were played simultaneously as the customer’s Rapid Vienna banker came through. BATE Borisov got the better of Videoton in that game they couldn’t call and their offer jumped to £24,250. Still, they ignored the lucrative offer. 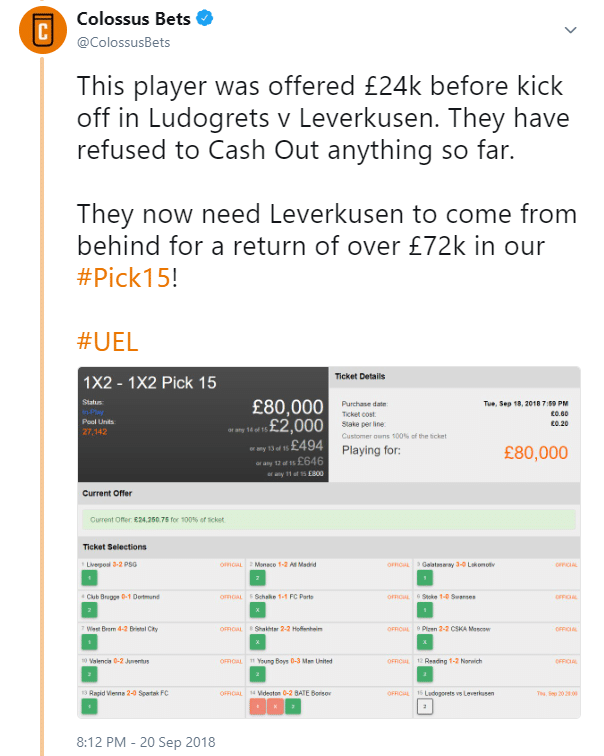 Leverkusen went into half-time 2-1 down and the customer was offered roughly £10,000 during the interval. They must have had some confidence in the comeback as they continued to hold off from Cashing Out.

Incredibly, Leverkusen completed the comeback and won 3-2. One can only imagine the scenes of jubilation that surely ensued after the final whistle. £72,924 winnings from a 60p bet – how about that for a winning ticket?

A second big winner, this time making use of Cash Out

In stark contrast to the above player, the below winner played Cash Out to the tune of £3,509 whilst still receiving a Winning Dividend of £36,516 (for their remaining 10% portion) at the end of the pool. 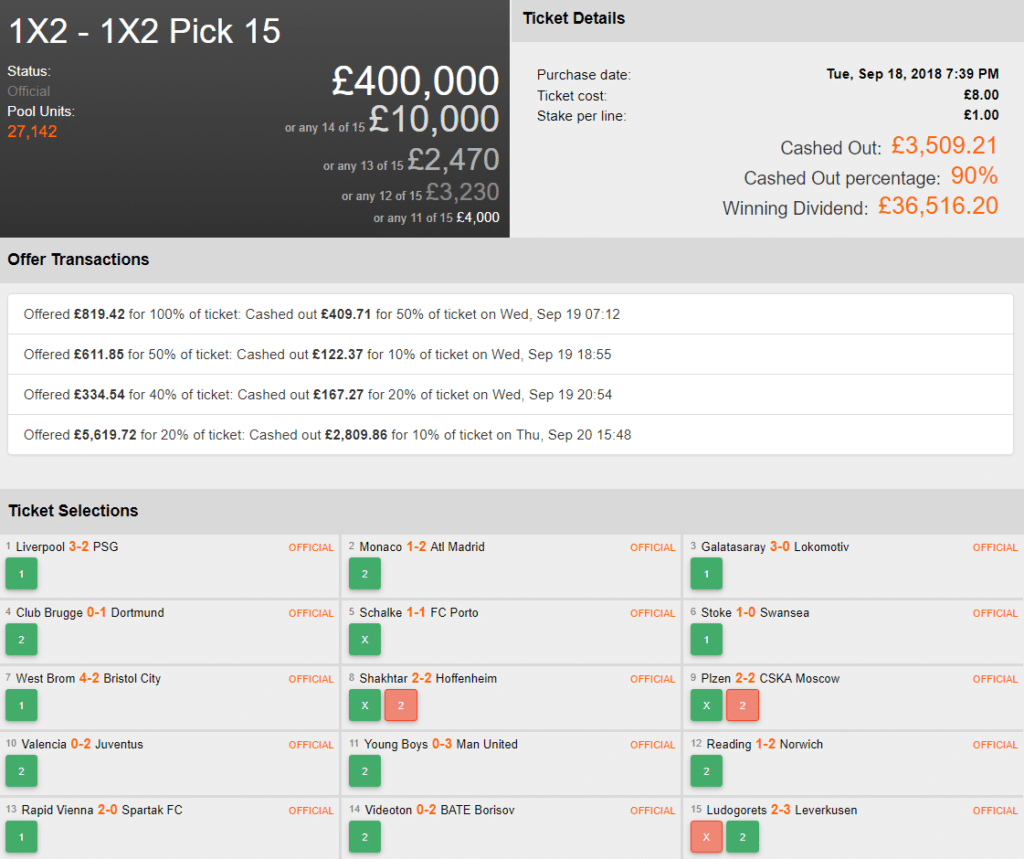 Their first Cash Out came on Wednesday morning when they Cashed Out 50% of their £8 ticket for £409 – over 50 times their stake! Three further Cash Outs resulted in them banking £3,509, with them now owning just 10% of the ticket going into the final 3 legs.

Apparently the customer was now satisfied enough with their return to leave that remaining 10% untouched for the rest of the pool. They were right to do so, as the ticket went on to win and the winning dividend was over ten times that of what they Cashed Out.

Many congratulations to both winners.